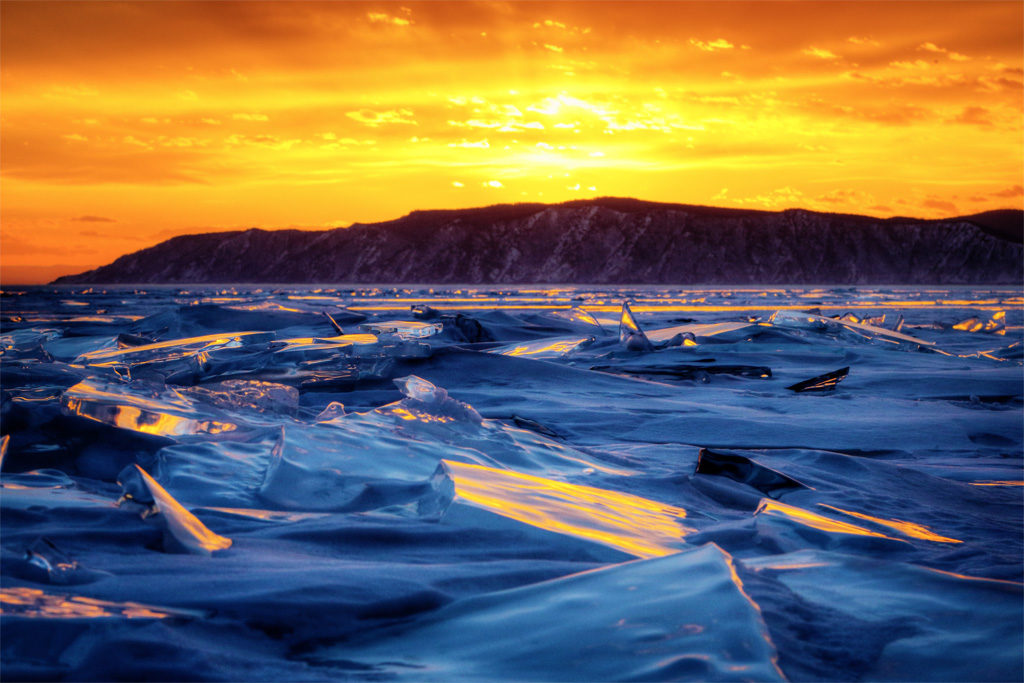 The Pearl of Siberia

Lake Baikal has a nickname – “The Pearl Of Siberia,” also referred by many as “Baikal Sea,” is the largest freshwater lake in the world by volume, containing about 23% of the world’s fresh water. It is also the most transparent and clearest water in the world. Its depth is about 5,387 ft (1,642 m), which makes it the world’s deepest lake and is the seventh largest lake by surface area. Despite its great depth, Baikal lake is well mixed and well oxygenated. It is also the world’s oldest lake – about 25 – 30 million years.

This majestic lake is surrounded by high mountains and is situated in a rift valley where the Earth’s crust is slowly pulling apart. The rift is active and widens about 2 cm (0.8 in) per year. The fault zone is also active with hot springs and earthquakes happen about 2,000 times per year. The lake is fed by six main rivers: the Upper Angara River, the Turka River, the Sarma River, the Selenga River, the Barguzin River, and the Snezhnaya River including many other rivers totaling 330 inflowing rivers and is drained by a single outlet, the Angara River.

Lake Baikal hosts more than 2,500 species of animals and more than 1,000 species of plants of which 80% of plants and animals are endemic and can be found only at Baikal. More than 85% flora species of submerged macrophytes have been found there such as Myriophyllum, Ceratophyllum, Sparganium, and Potamogeton. Fewer than 65 native fish species have been recorded in the lake basin, but more than half are endemic to Baikal. More than 350 amphipod crustaceans species and subspecies are endemic to the lake. Almost 150 snails are known from Lake Baikal, including 117 endemic species from the subfamilies Planorbidae, Valvatidae, Benedictiinae, and Baicaliinae.

Since ancient times Baikal Lake is the place of power and has been surrounded by secrets and legends. Locals call the lake “The Pearl of Siberia” and think of Baikal as secret divinity. One of the most mysterious places is Shamanka rock on Burhan cape, consisting of white marble, granite, and quartz. Native Buryats worship the Shamanka rock, as one of many spiritual areas around the lake. Shamanka rock is the most popular tourist attraction and cannot be missed. Buryats believe that it is from the Shamanka rock that the Angara ends and Baikal begins.

Baikal is truly a majestic wonder of the world, full of ancient legends, history, and mysteries.

We are fascinated and inspired by this magnificent world’s treasure. Baikal lake is our inspiration – we want to bring its beauty and perfection to our clients through our services and quality of workmanship.

We strive to be The Pearl of Service®